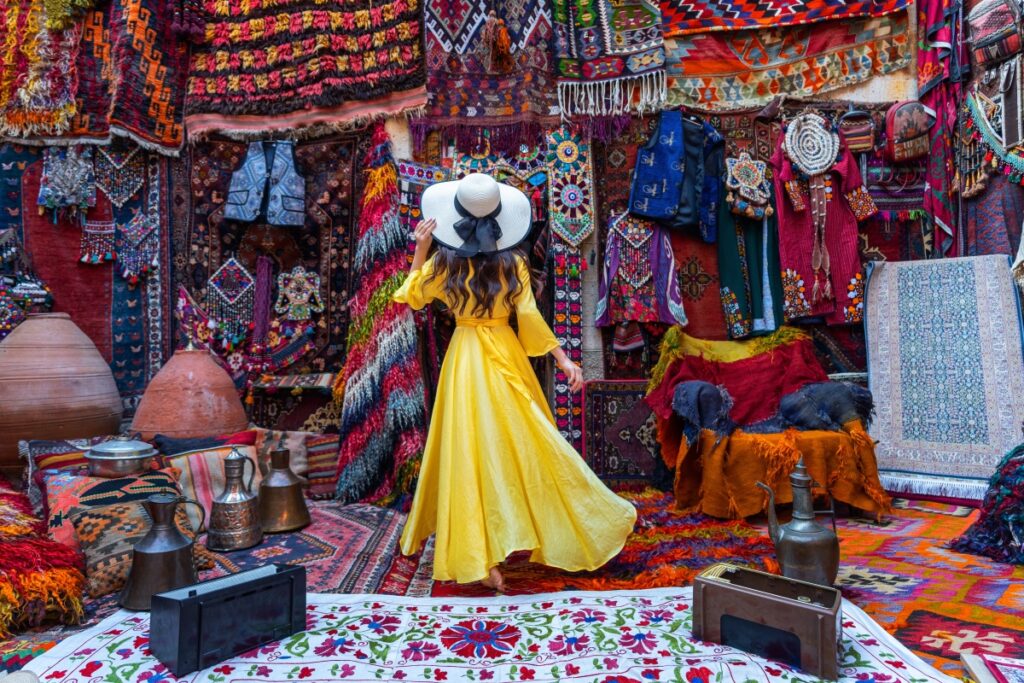 You Must Know These Facts From The History of Rugs

You Must Know These Facts From The History of Rugs

What is a rug?

Carpet is a fabric floor covering a top layer attached to the back. Also, a rug may be any decorative cloth customarily made with a thick material. Until the 19th century, the term carpet was used for any covering, such as tablecloths or wall hangings. But when it comes to the usage and the production history of rugs commonly, since the introduction of machine-made products, it has only been used for floor coverings.

Piles usually consist of deformed tufts typically heat-treated to maintain their structure. The term ‘Carpet” or “rug” is utilised worldwide to introduce these piles. The words carpet and Rug are often interchangeable. Literary carpets are floor coverings not explicitly attached to the floor to make it clearer. This non-slip fabric is used as a floor covering that does not entirely cover the bottom.

People have been making carpets out of every possible material. The ancient tribes wove reeds and grass together to make primitive rugs and keep the cold ground warm.

According to excavations, the oldest hand-tied eastern carpet today came from the region of Iran and is roughly the same. 2,500 years old. The Rug density was more than 300,000 knots per square meter, and therefore the knot density of most modern handmade carpets. Hand-knitted rugs are said to have originated from travelling tribespeople who made wool into the first flat woven fabric 500 years before Christ.

When we talk about the history of rugs, there are things that we must talk about in advance. 5,000 years ago, nomadic tribe members weaved rugs from camel, sheep, and goat hair. Archaeologists have unearthed evidence of carpets dating back more than 4,000 years in Egyptian and Mesopotamian tombs.

The oldest carpet that exists today is the pazyryk carpet, which dates back to 500 BC. It was discovered in 1949 in Siberia. Despite its age, the carpet was a testament to highly advanced and sophisticated technology with rich colour fibres only if they had professional carpet cleaners to keep Pazyryk carpets sharp.

Concerning the history of rugs and carpets, it is not surprising that this history is as old as man. People have an instinct to seek comfort and harmony. Man has always wanted to create a comfortable environment. Whatever is said about cave people or modern people, nature is still the same. Men living in caves have been found to have a warming effect on cold days by using carpets or rugs and animal fur to cover themselves.

They have traditionally been made of wool, but since the 20th century, fibres have become less expensive than wool, so synthetic fibres such as polypropylene, nylon or polyester are often used. However, a considerable differentiation happened throughout the history of rugs. Let’s discuss them clearly under the evolution of rugs.

Man on this planet is constantly evolving. In terms of carpets and the history of rugs, centuries ago, it was the custom of the tribal people to make carpets from weeds and long grass to make the oldest carpets, which are only the primary structure for keeping the earth warm in the cold days.

5000 years ago, the nomadic tribes used animal skins to make the ancient rugs. Travellers use hand-knitting techniques to create camel, sheep, and goat wool rugs. In addition, dynamic carpets were used in old gardens. Archaeologists’ extensive research has revealed that rugs were ordinary in Egypt and Mesopotamia as early as 4,000 years ago.

However, different parts of the world have contributed to the evolution in many ways. As a result, there can found a vast diversity among the rugs coming from the different countries. The reason is the evolution scheme and the traditions and culture of them.

Although the precise account of rug making isn’t located everywhere in historical documents, the fabric fragments courting lower back to numerous thousand years had been observed throughout the Asian continent, which verified that the primary cloth ground coverings originated in Asia. However, it became Egypt credited for beginning the rug technology in around 3000 B.C.—after that, enhancements in weaving and designs were central to the evolution of rug technology.

The first cloth made with a pile

In the history of rugs, the earliest acknowledged material was made with a pile. It became named as Pazyryk rug, which had pile fabric fabricated from substances that consisted of everyday weave’s backing with more threads knotted to shape a raised surface.

India and Rug making in the twelfth century

India witnessed the beginning of weaving pile rugs someplace earlier than the twelfth century A.D., and shortly it unfolded to the Eastern part of the globe. The pile fabric knotted via way of hand got here up in the Orient (now Sri Lanka). These rugs reached Europe around 1200 AD through crusaders visiting the Middle East.

The thirteenth century witnessed the making of hand-knotted rugs in Europe via way of means by the Arabs of southern Spain. The procedure of Rugs became pretty widespread because the Moors who conquered France had reportedly set up many rug factories there.

Throughout the history of rugs in the 14th and fifteenth centuries, rug making became a thriving retail business in Persia. The commercial enterprise touched new heights in16th century. Rich colourings and styles got here up in Isfahan, which has become Persia’s centre of rug enterprise. These rugs and rugs made in Turkey are imported to Western Europe.

The procedure of rug making entered England in 1500 under the guideline of thumb of King Henry IV. During his tenure from 1553 to 1610, a set of Persian weavers left Ishahan and went to Paris to Louvre Palace. It became around 1700 while England became a centre of European Rug and carpet enterprise. The electricity loom became advanced in 1780 right here.

A carpet enterprise got here up in France in 1628. The region of this manufacturing facility even though became a former cleaning soap manufacturing facility located at Chaillot, France. Here French weavers learnt the artwork of making colourful coloured rugs on stunning motifs. Tapestry rugs have been superbly crafted in a small city in primary France, referred to as Aubusson. Since then, it has grown to be the carpet’s alternate name. Later, Brussels emerged as a vital middle of tapestry withinside the sixteenth century. Later, it became one of the foremost reasserts of ground tapestries via way of the 18th century.

The twentieth-century technology witnessed system-made rugs in the shade otherwise in usual styles. This style has become less complicated for decorators to merge one carpet shade right into a room scheme. It became right here that the call for ambitious and complex designs went low.

Introduction of the tufting system in the 1950s

The technology of 1950 noticed the approach of the tufting system in carpeting. Initially, the U.S. has become a hub of tufted rugs and carpets but eventually unfolded to different sector elements properly. Presently, rugs are available in various patterns and are made up via means of multiple strategies. As the floors sorts of the homes are changing, so are carpet patterns changing. Wood, laminate, stone, marble and tiles in our rooms and workplaces are adorned with various rugs, both hand-knotted or hand-tufted. They arrive in numerous sizes and styles to match the countless wishes and readorning sorts of consumers.

In the history of rugs and the modern market, we can find attractive ones made according to their cultures. It takes loads of knowledge and ability to weave a carpet with even thickness, and the real Persian rug records lie withinside the reality that it’s been handed on from one era to another on account of the 2500 years of vintage records of Persians.

These rugs have been traditionally hand-woven from wool; they emerged from France within the fifteenth century. They are now regularly crafted from cheaper artificial equipment without dropping consistency or longevity. In the U.S., the primary carpet making turned into completed in 1971. but withinside the West, as much as in the nineteenth-century maximum famous and widespread ground covers are designed using the flat woven fabric.