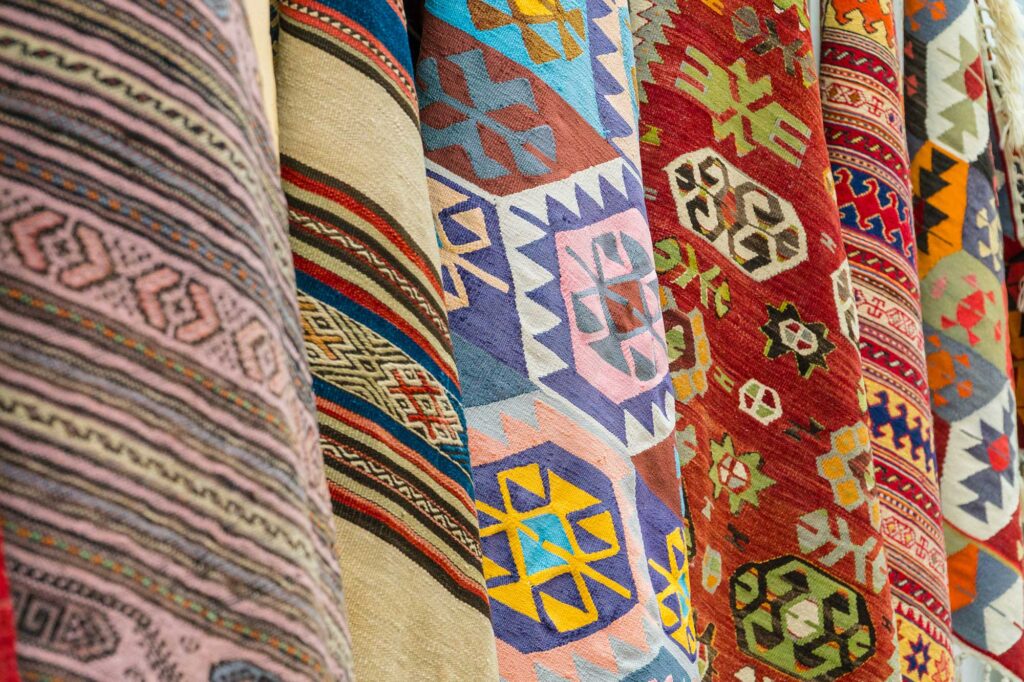 The fascinating story of rugs

The fascinating story of rugs

Rugs! It inspires me; it inspires you and the whole world. Whenever we started talking about rugs, I felt the most profound feelings. So, rugs are not just objects. Rugs are a part of life. Although unable to speak, they reveal the fascinating story of rugs since their birth.

Only rugs can reveal a culture that is unique to itself. For instance, when you look at one from traditional Moroccan rugs, you can identify where it is from, even if you are not an expert. Likewise, carpets have a great power of creativity to reveal something unique and ideal.

The initial story of rugs

Initially, rugs were born 5000 years ago. We have brought you the history of rugs in our separate article. We discussed the nomadic tribe who started weaving rugs from sheep, camel, and goat hair. You can visit that blog and read it.

Rugs and carpets have rich stories. But, we only know a small part of them. Anyway, we will introduce some ancient rug evidence of the existence and weaving of rugs in ancient Mesopotamia and Turkey from as far back as 7000 and 8000 BC. in Egypt. That evidence proves that they used wool and cotton. At that time, Mongolia and China were also significant players in the textile industry, with nomadic herders and Chinese weavers developing and weaving wool rugs first.

As early as 5500 BC, weaving flourished in many other parts of the world besides Europe, including details of the Americas. Weavers started using natural colors and gradually transitioned to vegetable, flower, and insect materials.

The sudden story of rugs brings forth a stunning work of art that is luxurious to walk through! The timeless artistry on the awe-inspiring rugs tells the story of ancient hand-knotting art that has evolved over centuries and spread its glory across the globe.

The story behind hand knotting

Those have been alive since ancient times dating back to the 4th century B.C. In the 2,400 years. They originated as floor coverings and as a support for providing warmth in the winter seasons. The origination happened across many regions of the world. Separately, East Asia, the Middle East, and Europe.

Reading about rugs regarding traditions and customs of different world styles is fascinating. We can identify many iconic stories based on evidence and documented information. Let’s try some.

Persian rugs are the benchmark

Iran has always been the benchmark for rug making. Persian rugs have stood as a symbol of prestige and craftsmanship. As the Persian Empire spread from East Africa to modern-day northern India for more than a thousand years, it is not surprising that its influence touched many other civilizations, including India.

The story of rugs in India

Long ago, even at the time when Mughal Empire set foot in India, they were constructing their own style of rugs. But it is said that the king was disappointed with the lack of luxury in those carpets. Somehow, the great king Akbar started to weave rugs like Mughal Carpets in the 16th century. He has bought some carpet weavers from Persia for his capital city Agra. Then he spread the carpet weaving tradition all over India, including Delhi and Lahore. These new styles and designs were formed that are endemic to Indian culture but inspired by Persian styles.

The story behind Tibetan Rugs

Tibetan rugs are inspired by nomadic tribes. They are an ancient craft practiced by nomadic/farming communities in central and southern Tibet. The raw materials that are commonly used are the wool of the highland sheep of the Changthang Plain in northern Tibet, known for its high quality and long fibers and Tibet’s main export in the early twentieth century. A technique used by Tibetan rug makers known as the ‘Senna Loop’ is unique in Asia, where the Persian knot or Turkish knot method is widely used. Until the 1940s, most carpets were woven from wool and, after which cotton warp became common. You can read more information about Tibetan rugs on one of our previous blogs by clicking here.

Exploring the rug stories from Europe

Rug-making in British countries started in the middle of the 19th century. Since they were colonizing different parts of the world, they employed artisans and workers from other regions. For instance, they had employees from Persia. However, the identical facts of European-style rugs are their antique look. After a precise study, we can associate those with the East. We already know that the art of rug making is actually a global practice spanning centuries. Indeed, the history of rug making in Western Europe is as rich and fascinating a story as the history of carpet production in the East.

The best example of the above statement is the rug industry evolved in France. France was the first country in western Europe to produce carpets on a large scale. At first, the rug production of France was led by their king, and the carpet production was royal. This royal touch to the rug industry paved the way to influence and make an impact on the French style. As a result, different styles were born.